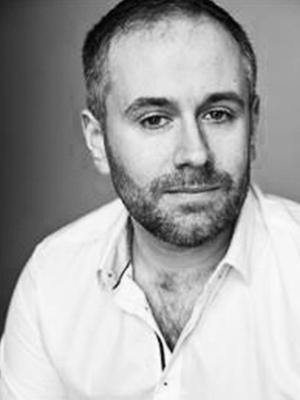 Jeff started working with Dan way back in 2005. Since then, they have written the globally successful Potted Potter, Potted Pirates and Potted Panto together. These shows have collected two Olivier nominations and enjoyed multiple West End runs, Off-Broadway seasons, and international tours between them. Jeff has performed in all these shows, as well as Potted Sherlock, sharing the stage almost constantly with the tall one, for well over 3,000 stage hours. And counting!! They have also been allowed to appear together on TV far more than is sensible too, on shows such as: Blue Peter (BBC), Richard & Judy (C4), The Slammer (BBC) and Big Brother’s Little Brother (C4). Though they are best known in the UK for being the in-house presenters in the CBBC Office (BBC), messing around in Brits’ living rooms from 2008-2010!

In 2017, Jeff trained with Second City when they popped over to London, which was awesome. They brought the comedy, and Jeff brought the tea. Jeff can’t really remember a time before he worked almost constantly with Dan. But Dan says it’s OK; any work Jeff did before he met Dan just doesn’t matter. So that’s nice.