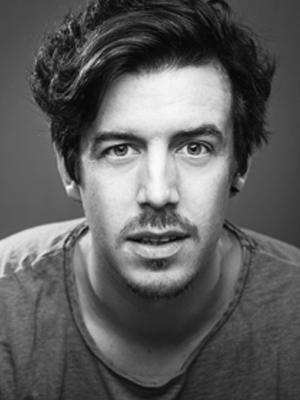 Joseph is a Derby born, London based, Birmingham School of Acting trained actor. He has toured with the Olivier award nominated show Potted Potter numerous times, all over the USA and Canada, including seasons in Chicago and Toronto. His most recent works have included a UK tour with The Reduced Shakespeare Company performing their William Shakespeare’s Long Lost First Play (abridged) and a number of UK and Channel Island tours with Oddsocks Theatre Company including Mark Anthony in Julius Caesar, Demetrius/Peter Quince in A Midsummer Night’s Dream, Benedick/Borachio in Much Ado About Nothing. His most recent TV appearance saw him in ITV’s Grantchester.

Other than acting his main passions are basketball (playing and watching), woodwork (he’s in the process of building his own tiny-house) and drawing (see his art on Redbubble as artist JJMoe7).  He is a proud Hufflepuff and dedicates his performance to his friends and family who continually support him in following his dreams. Don’t be a stranger and say hello on Twitter and Instagram @JosephMaudsley.